At Aircraft Accessories of Oklahoma, we offer the following Aircraft Generator services: 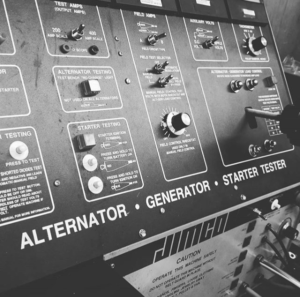 What is an Aircraft Generator?

Most aircraft require some source of electrical power to run equipment such as the navigation system, lights, built-in radios, landing and taxiing equipment, and other systems. Aircraft produced after the 1960s generally run this equipment on an alternator, but classic aircraft use a generator for these functions.

The generator helps to provide electrical power to the aircraft by creating a stationary magnetic field in which a coil is rotated. As the coil rotates within the field, voltage is generated. Slip rings or a commutator pick up this voltage and a lengthy wiring system carries the voltage to necessary equipment.

Aircraft generators can produce electrical power even when the battery is dead, like after a long idle on the tarmac. The generator can begin to recharge the aircraft battery as long as the aircraft’s engine speed is up, usually above 1,200-1,500 rpm. This happens when the aircraft is at constant cruising speed.

Wondering what to expect when you trust Aircraft Accessories with your next aircraft generator project? Our talented team of aircraft specialists will gladly provide you with a custom quote on request. For general questions, or to request a free quote, call or message us today.

Have Additional Questions on the Aircraft Generator Overhaul Process?

Give us a call or email today – our experienced team is ready to go above and beyond to get you back in the air sooner.
Jeff Bowen – Aircraft Generator Expert