You are here:
Weldon Pump is known for their commitment to developing top-quality, innovative aircraft components. For over 70 years they’ve provided durable products for the general, defense, and high-performance aviation industries.

Weldon Tools was first formed in 1918. By the 1940s they had built a good reputation for close tolerance machining and grinding. In 1942, when the U.S. Government turned to Weldon Tools to develop de-icing pumps for World War II aircraft, Weldon Pumps was established.

Weldon Pump immediately went to work developing the new technology. They created a cam van pump which could rotate at high speeds, spraying the de-icing agent onto the aircraft propellers. The pump was a massive success, and Weldon Pump manufactured thousands for the military throughout the war. This project solidified Weldon Pump’s dominance in the aircraft component industry. 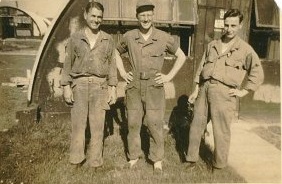 After the war, Weldon Pump continued manufacturing pumps for the general aviation market. Returning servicemen wanted the same quality components for their personal aircraft as they had in their wartime aircraft. Quickly, Weldon Pump added other pumps to their offering, including fuel, liquid transfer, hydraulic, lubrication, and circulating pumps.

Our relationship with Weldon Pump dates to the 1960’s, when our founder, B. H. Popplewell, recognized Weldon’s great reputation firsthand during World War II as an Aircraft Repair Specialist.

Not much has changed. The company still dominates the pump market, providing components for general aviation, defense aviation, and high performance/race industries. The same commitment to quality craftsmanship that first caught the U.S. Governments attention in World War II can be found in every Weldon pump on the market today.