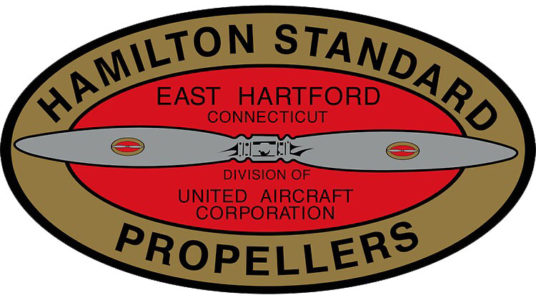 Today, Hamilton Standard is a part of Collins Aerospace, one of the largest aerospace and defense suppliers in the world.

At Aircraft Accessories of Oklahoma, our prop shop works with Hamilton Standard:

Hamilton Standard’s adjustable propeller stemmed from two decades of research and development. The all-metal, duraluminum blade was much lighter than the hollow steel propellers that were popular at the time and was much more durable than wood. Soon after its invention, the Hamilton Standard adjustable prop developed a reputation for its dependability and efficiency. Within just a few years, nearly every Army, Navy, mail, and passenger aircraft in the high and medium horsepower class was fitted with the new design.

Hamilton Standard’s constant speed control mechanism was born out of a partnership with Woodward Governor Company. The simple mechanism uses a metered flow of engine oil to and from the propeller, allowing pilots to adjust their blade pitch automatically. This invention again increased the reliability, safety, and efficiency of propellers.

In 1938, Hamilton Standard tested their first hydromatic propeller. This feathered propeller was an instant success. The new design enabled in-flight pitch control, allowing pilots to eliminate drag in the event of an engine loss. In normal flight, the hydromatic propeller improves overall aircraft efficiency. Just a few years after its first test, thousands of aircraft around the world were equipped with Hamilton Standard hydromatic props. This upgrade alone contributed significantly to the improved safety of flight. The ahead-of-its-time design remains little changed today.

Back in the early 1930s, Hamilton Standard’s invention of the ground adjustable propeller was revolutionary. This new propeller was lighter and stronger than any other prop on the market. Its two-piece steel hub allows for manual adjustments on the ground to create the optimal combination of engine efficiency and aerodynamics.

While each of these Hamilton Standard aircraft propellers were originally designed decades ago, their quality and reliability are unchanged. These high-precision instruments, backed by years of research and development, have played a major role in the worldwide expansion of safe flight.